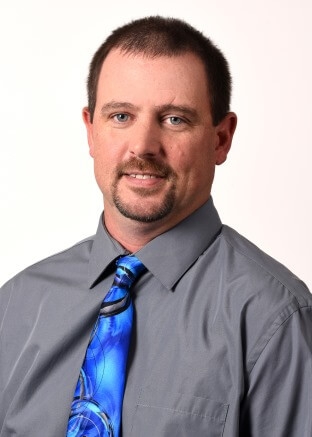 Mike Free is the Senior Project Manager at ATI Solutions and has been with ATI since 2002. In July 1996, soon after leaving High School Michael enlisted in United States Marine Corps.

In fall of 1999 Michael participated Operation Stabilize in East Timor from 25 October 1999 to 27 November 1999. His unit was called on to provide support to International Forces, East Timor (INTERFET) delivering more than 1.5 million pounds of food and supplies to the Australian-led peacekeeping forces and East Timorese. Following Michael’s separation from active duty in July of 2000 he transitioned into a job as a Network Administrator for F&M bank located in the mid-Atlantic region of the United States. Michael continued to manage the technical needs for over 180 locations spread across 3 states until F&M was purchased by BB&T. In 2002 Michael joined ATI Solutions Inc. starting as a Helpdesk Support Specialist. In the 16 years since then he has taken on many differing roles and responsibilities. He has spent time as a Senior Systems Engineer, Help Desk Manager, Disaster Recovery Support Specialist, and is usefully filling the role of Senior Project Manager. As Senior Project Manager, he excels in planning, monitoring, and appraising all customer projects.